The difference between multi- & single-start threads

The difference between multi- & single-start threads

What relationship do “thread” and a “spindle nut” have to each other? And what is the difference between a single- and multi-start thread?

Threaded spindles convert a rotational movement into a linear one. They consist of a cylindrical round bar on which a simple thread (transmission) is placed. The threaded spindles have the trapezoidal thread form of a dryspin® geometry designed by igus®. 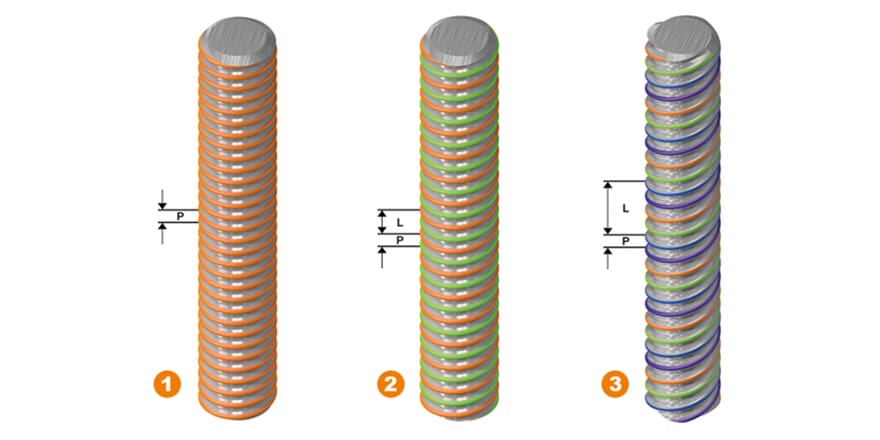 Multiple start of the thread

What does the thread designation TR20x8P4 mean and how can the number of threads of this type be calculated?

Single trapezoidal threads are often self-locking, depending on the coefficient of friction. This effect can only be attenuated with a very low coefficient of friction. The flank angle and the friction prevent the spindle nut or the threaded spindle from moving without external forces being applied. As soon as the static friction is exceeded, the parts are no longer self-locking. Multi-start trapezoidal thread drives have a “rest self-locking” feature. High helix thread drives do not have a self-locking feature.